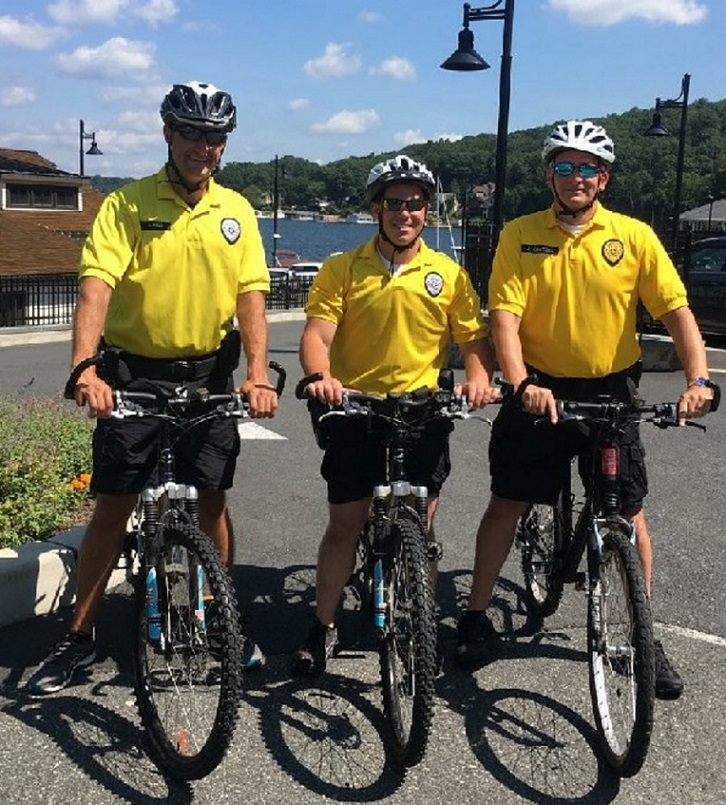 How We Use the Bikes

During any given shift in the warm weather months, one officer will have a bike on the back of his patrol vehicle, and for the daytime hours of his 12 hour shift, he will park his patrol vehicle in a central location and patrol smaller communities within the Township on a Patrol Bike (a specially equipped Mountain Bike).

In addition to answering calls using the Patrol Bike, it allows the officers to interact with the community, fostering the connection between the Community and the police department. Major calls such as motor vehicle accidents, structure fires, explosions, etc, of course, would require the officer to return to his vehicle for response.

The Bike Patrol is also used for larger scale events such as Jefferson Days and the Memorial Day Parade, where the bikes allow the officers to get to places a standard police car would have difficulty with, and to patrol among crowds of foot traffic.

The officers riding the bikes have received 40 hours of police bike patrol training and are equipped with most of the equipment they would have if they were operating a police vehicle. If you see one of them, dressed in bright yellow and black uniforms, don't hesitate to stop and say hello!